Pride is Still Protest: Know Your Rights When Interacting with Law Enforcement

It's important to remember that Pride didn’t start with parties, parades and glitter. Pride began with protest.

This month, people across Wyoming will be celebrating the culture and diversity of the LGBTQ+ and Two Spirit community at Pride festivals, picnics, and events across the state. Expect music, dancing, and lots of fun!

But it’s important to remember that Pride didn’t start with parties, parades and glitter. Pride began with protest.

The start of the modern LGBTQ+ movement dates back to the early hours of June 28, 1969, when police raided the Stonewall Inn, a gay bar in the Greenwich Village neighborhood of Manhattan. Raids of gay bars were not unusual — the police regularly raided them for serving alcohol without a license (gay bars frequently lost their license or were not given one) and arrested patrons for violating laws against crossdressing and sodomy, which included anatomical inspection.

At the time, homosexuality was considered a crime and LGBTQ+ people could be arrested for dancing together or wearing clothing that was not deemed gender-appropriate. In the early morning of June 28, police entered the Stonewall Inn with a warrant and started to arrest people. Handcuffed patrons were brought outside to wait for the police car to arrive, but in the meantime a crowd outside the bar, started fighting back against the police, escalating into a riot between police and protestors that lasted several days. Among the first people to resist the police were two transgender women of color, Marsha P. Johnson and Sylvia Rivera.

For some, the legacy of brutality and abuse against the LGBTQ+ community by police still continues today.

Looking to learn more about what your rights are when interacting with police and local law enforcement? Join us on June 24 with Laramie Pridefest for a Know Your Rights training. More informaiton here: https://www.laramiepridefest.com/events 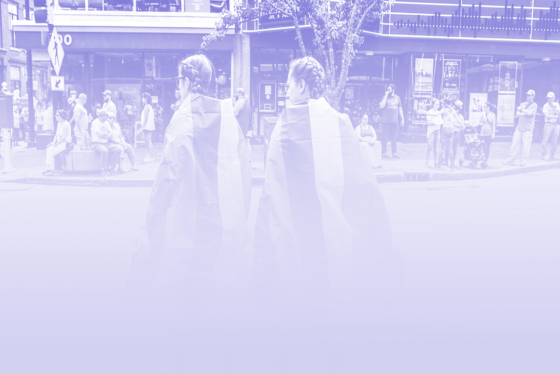 20 Years Later, Guantánamo Remains a Disgraceful Stain on Our...

The True Measure of Justice for Ahmaud Arbery Goes Beyond the...

School is For Learning – Including Learning About Race and Gender