Last August, a federal court found that those supporting an Idaho ban on trans student athletes had no evidence to support their claims.

This year, more than 30 states introduced laws banning trans students from participating in school sports. This is part of an ongoing assault on trans youth — particularly transgender girls — that has been brewing for years. In 2020, Idaho became the first state to pass such a law and the ACLU quickly filed suit along with Legal Voice and Cooley LLP. Yesterday, my colleague Chase Strangio argued in the first case about a law banning trans women and girls from sports to reach an appeals court. The decision in this case will be pivotal as other states adopt similarly discriminatory laws.

Shortly after the law in Idaho passed, runner Lindsay Hecox, a student at Boise State University, and Jane Doe, a cisgender high school athlete, challenged Idaho’s law in federal court. Last August, a federal judge barred the state from enforcing the law, ruling that the law discriminates against Lindsay based on her sex and transgender status and against both Lindsay and Jane because they are women. The judge observed that women athletes like Lindsay, who have been on hormone therapy for a year, have no competitive advantage over other women, so it is discrimination to treat them differently from other women. The NCAA, the International Olympic Committee, and World Athletics all recognize the same reality and allow women who are transgender to compete in women’s events.

The court’s injunction allowed Lindsay to try out for the Boise State women’s cross country team. She didn’t make the team, but that’s the way athletics are supposed to work — she was simply asking to be evaluated based on her athletic abilities, not pre-judgments by a profoundly misguided legislature. Yesterday in the U.S. Court of Appeals for the Ninth Circuit, the ACLU defended that right.

While Idaho was the first state to pass a ban on trans athletes, it was not the last. In 2021, the national ACLU and our state affiliate offices have fought sports bans in more than 30 state legislatures so far, with those bans becoming law in Alabama, Arkansas, Mississippi, Tennessee, and West Virginia. The Florida legislature passed its version of a ban just last week. We are preparing court challenges to several of these new laws as well, building on the decision in Lindsay Hecox’s case. 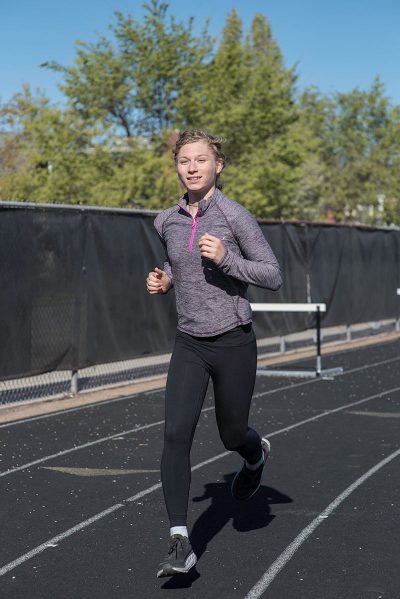 Lindsay isn’t the only trans athlete to have had recent success in court. Andraya Yearwood and Terry Miller are two athletes who ran track in high school in Connecticut. Several cisgender high school girls sued the state athletic conference for allowing Andraya and Terry, who are transgender, to compete on the girls’ team. They argued that it is illegal to protect trans people from discrimination — an extreme claim that, if accepted by the courts, would have prevented states and schools from taking action to protect trans students from discrimination. Andraya and Terry joined in the lawsuit so that they could help the athletic conference defend its trans-inclusive policy. Just last week, a federal judge dismissed the cisgender girls’ lawsuit, leaving Connecticut’s affirming sports policy intact. It was a great moment for inclusive education.

This year’s fight is just beginning, but we’ve seen these types of cruel and misguided attacks before. The organizations leading these coordinated attacks on trans student athletes are the same ones that pushed false myths about trans people in restrooms a few years ago. Just as those legislative efforts were not actually about restrooms, these laws are not about sports. They are about excluding transgender people from public life and trying to prevent people from being transgender. They are about creating “solutions” to “problems” that do not exist while harming some of the most marginalized youth in the country.

No matter how long it takes, the ACLU will work alongside trans people like Lindsay, Andraya, and Terry to ensure that everyone gets an equal opportunity to participate in all aspects of public life, including sports.

The Roe Draft Signals a Potential New Front in the Already-Raging...

All Are Welcome in Wyoming

Senate File 51 has no place in the Equality State

Act now: Senate File 51 is Heading to the House