Repeal the Death Penalty in Wyoming

The ACLU of Wyoming along with a diverse partnership of legislators, individuals, faith-based organizations, civil liberties groups and good government advocates are supporting a proposal in the 2019 Wyoming Legislature to repeal the death penalty.

House Bill 145 was filed Monday, Jan. 14, with 13 co-sponsors in the House and five in the Senate – and has the support of leadership in both chambers. It has passed the first committee vote and will soon be heard on the floor of the House.

Individuals and organizations across Wyoming support the repeal of the death penalty for a variety of reasons. We are inviting you to add your name to that list today. After signing, please share on social media and tag the ACLU of Wyoming. Together we will expand the support for the death penalty repeal in our state.

Our opposition to the death penalty incorporates the following fundamental concerns:

The death penalty is uncivilized in theory and unfair and inequitable in practice. The time has come for America to end this failed experiment.

The time has come for Wyoming to end this failed experiment. 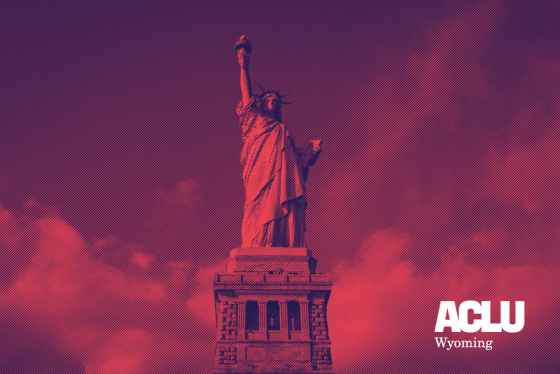 Wyoming Campaign to End the Death Penalty in 2020

Cops and No Counselors: Wyoming

ACLU of Wyoming is part of a network of affiliates